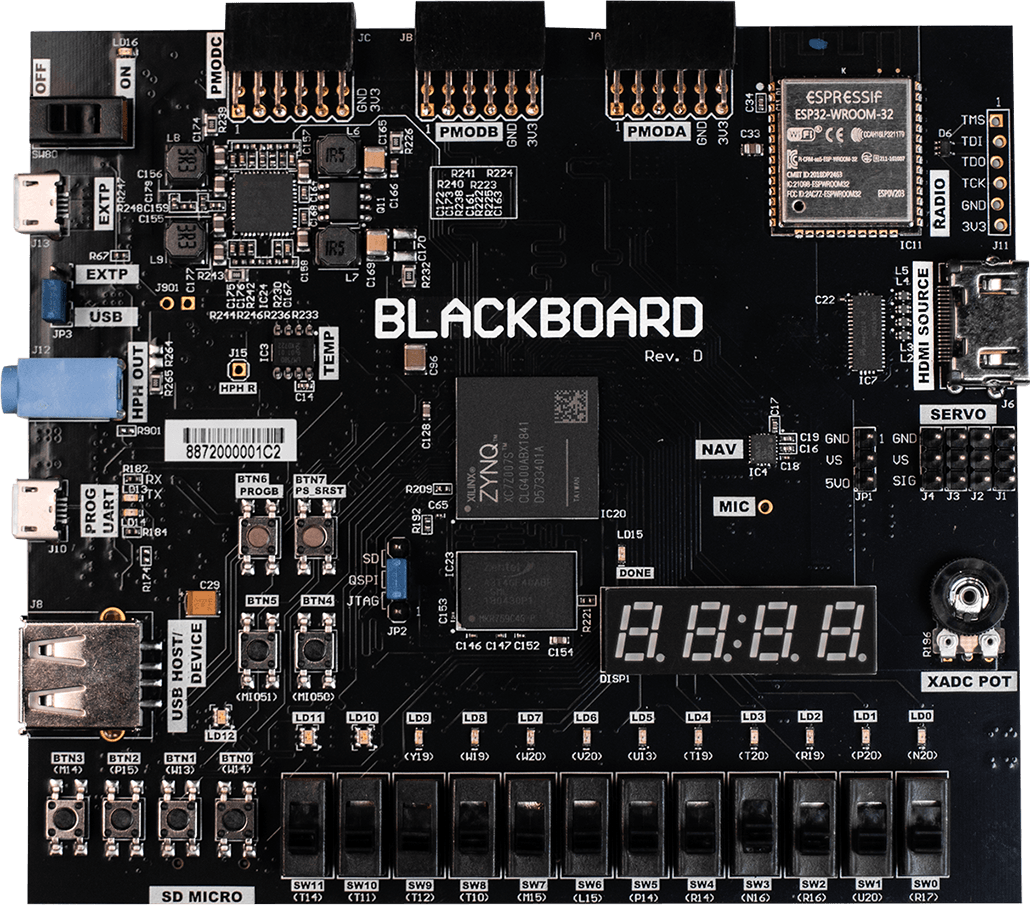 Commercial $174.00
Academic $139.00
Purchase Academic Price Request
The Blackboard is an ARM and FPGA development board designed specifically for electrical and computer engineering education. Based on the ZYNQ device from Xilinx, the Blackboard offers an FPGA for digital logic applications, an ARM Cortex-A9 for microprocessor applications, a built-in programming and debugging port, and plenty of memory and peripherals so countless designs can be built without needing any other components. The FPGA and ARM can be used independently, or in combination to make high-performance systems.